The Traditions of Thanksgiving

Few festivals are as synonymous with a cuisine than Thanksgiving, the time when families and communities across the nation gather together to give thanks for the season’s harvest. It doesn’t matter what part of the country you come from, chances are that in addition to a succulent turkey, there are certain dishes that play a starring role on your holiday menu. But do you really know why corn is on the table? Or what importance a green bean casserole has? Or why the pumpkin pie is the perfect end to an extended family meal? Read on, and the reasons may surprise you.

First things first, let’s talk turkey. Although we don’t know the exact menu of that first Thanksgiving feast, a first-person account of the year’s harvest does reference “a great store of wild turkeys,” which would make it safe to assume that the bird was very much on the menu. As the holiday grew in popularity, however, turkey became the main course for reasons more practical; chickens were more valued for their eggs than their meat, but turkeys were easy to keep, big enough to feed a whole family, and cheaper than ducks or geese. Nowadays, the National Turkey Federation estimates 88% of Americans eat turkey in some form on Thanksgiving Day—does that include you?

Now, the sides. Like turkeys, cranberries were widely available in the area, but cranberry sauce almost certainly did not make an appearance at the first Thanksgiving. That’s because the sugar reserves of the pilgrims were almost completely depleted after their long sea journey, leaving them unable to sweeten the tart berries. It’s only later that these homegrown fruits began to show up on Thanksgiving tables, their acidic nature helping balance out the heavy and meaty feast. Now, corn was a staple of the Native American diet and would have been nearly as plentiful in the 17th century as today, but it was either made into a cornmeal bread or mashed and boiled into a thick porridge-like consistency—a far cry from what we enjoy today.

Green bean casseroles, on the other hand, are a more modern addition to the menu, a limited ingredient recipe created by a home economist at Campbell’s Soup. Her recipe, which unsurprisingly used Campbell’s, was featured in a 1955 Associated Press feature about Thanksgiving, and the association has proven surprisingly durable—Campbell’s now estimates that 30 percent of their cream of mushroom soup is used in a green bean casserole.

Last but not least, dessert. Pumpkin pie does have links to the original Thanksgiving meal, but by no means was it the exact dish that people ate. Historians speculate that pumpkins were baked whole in the ashes or embers of a dying fire and were moistened afterwards with some form of animal fat, maple syrup, or honey—now, aren’t you glad things changed a little over the years? At Suncadia, we love to continue age-old traditions, while giving our community members opportunities to begin their own. In this spirit, we’re sharing a couple of our favorite holiday recipes, hoping you’ll add them on to your own celebratory menus. We hope you enjoy them, and wish you a warm and joyful Thanksgiving! 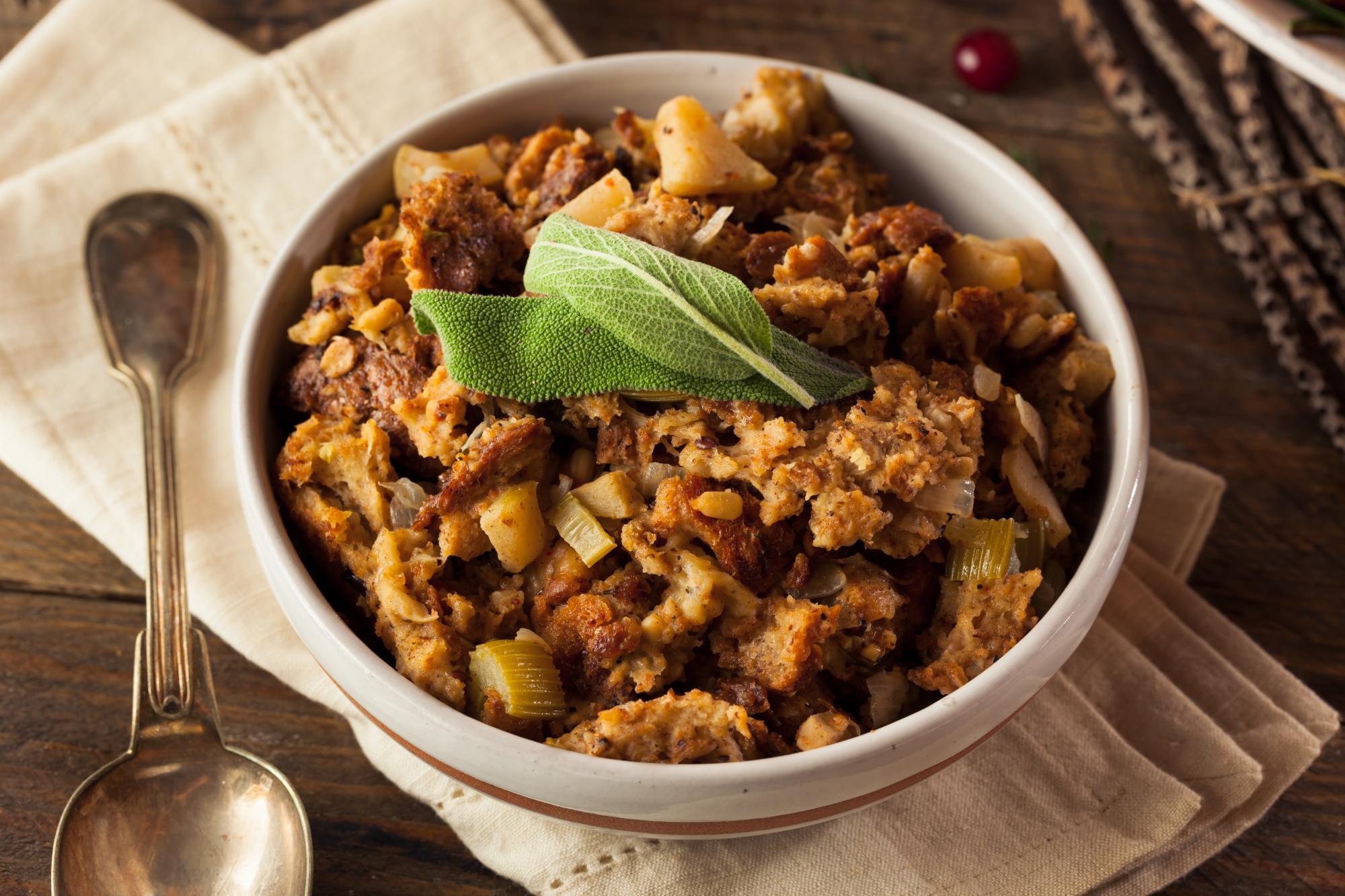 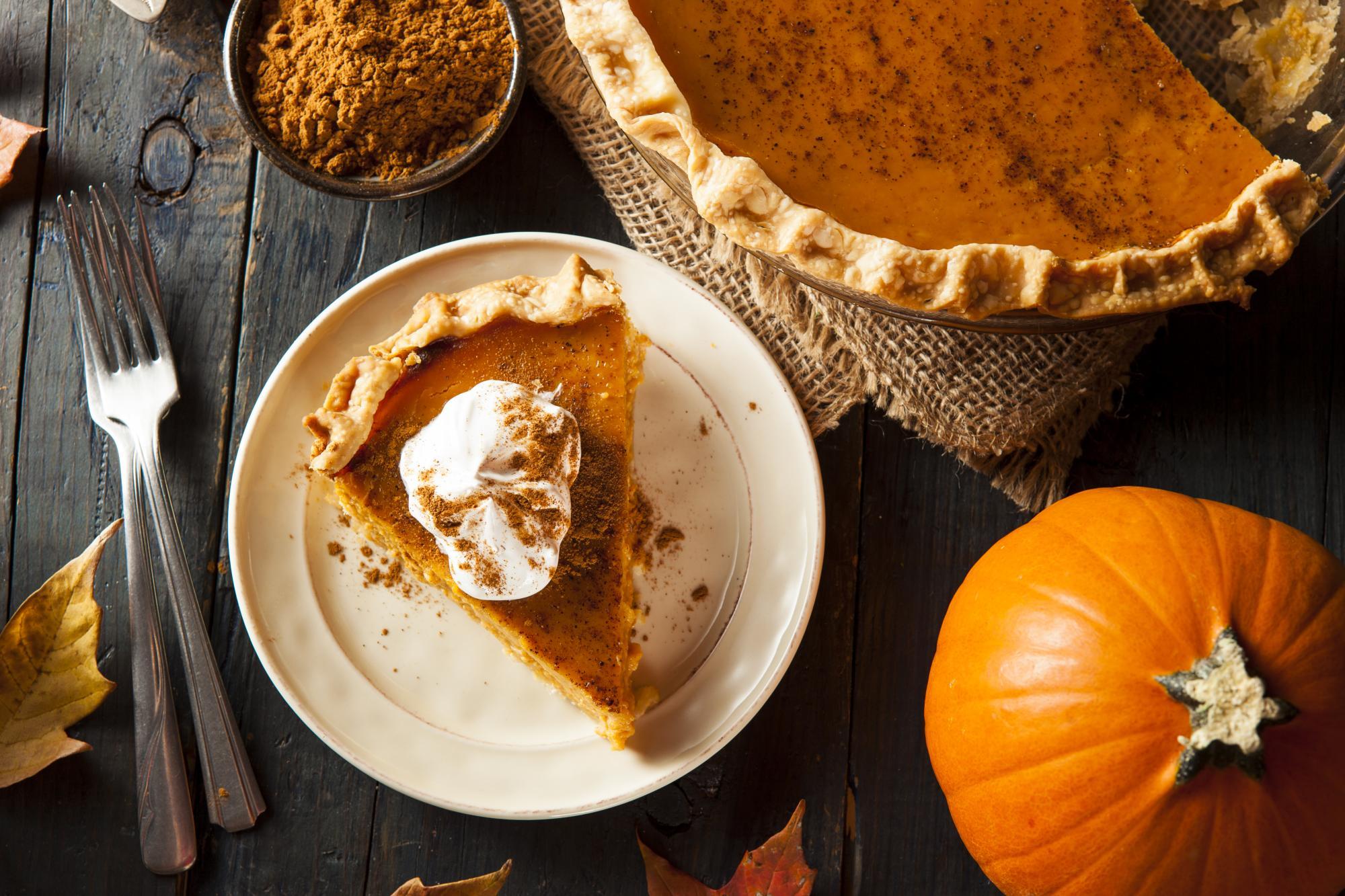