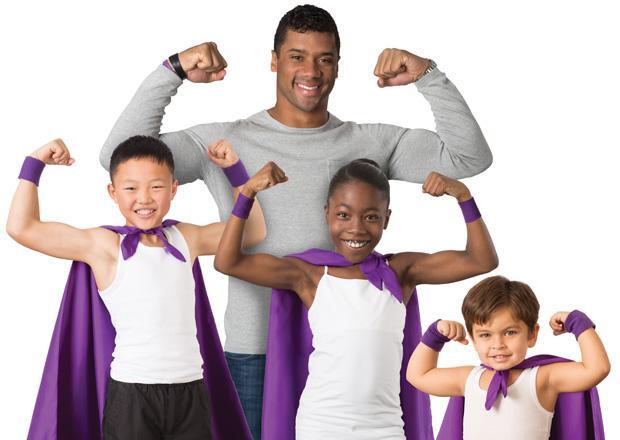 Seattle Seahawks quarterback Russell Wilson took another step towards ending childhood cancer at his annual celebrity golf tournament, the Wilson Celebrity Invitational, on June 27, 2017. The event raised a remarkable $1,675,367 for the Strong Against Cancer Initiative.

This year’s concert, auction, and golf tournament was hosted at Suncadia’s Tumble Creek Golf Course over two days. “We have been the host resort since inception—for four years now. The foundation, promoters, celebrities, sponsors, and attendees love it up here and are in talks to extend the arrangement for future years,” says Richard Seay, Vice President and Director of Sales and Marketing at Suncadia.

Tumble Creek is Suncadia’s private gated community, exclusive to those who own one of its spacious homesites. Beyond Tumble Creek’s gates lie state-of-the-art swim and fitness facilities, tennis courts, parks, a deluxe members-only camping experience, and a world-class golf designed by Tom Doak of Renaissance Gold Design. The course opened in the summer of 2006 and is best known for the breathtaking scenery that perfectly captures the spirit of the Pacific Northwest.

The event kicked off as attendees arrived for the VIP golf tournament, hosted by Safeway. In the evening, a cocktail party and silent auction followed at the Inn at Suncadia. Party goers enjoyed music, food, and drink, then participated in a live auction with Russell, head doctors from the Children’s Hospital in Seattle, and the head of the foundation.

The Wilson Celebrity event is one of many events and fundraisers hosted within the Suncadia community each year, such as the Sparrow Program, HopeSource, and Habitat for Humanity. “Suncadia and the owners are such giving people that it warms my heart to be associated with such a great community,” says Seay.

In addition to playing host to an array of impressive charitable organizations, Suncadia is passionate about supporting local children and teens by sponsoring art and robotics programs, swimming lessons for 2nd graders, and awards scholarships to local high school students who wouldn’t be able to afford a post-secondary education otherwise.

The funds raised at the Wilson Celebrity Invitational event will be used to help pediatric patients who qualify for immunotherapy research trials to be treated at Seattle Children’s Hospital. “The fact that this event held at Suncadia can raise over $1 million for kids with cancer is amazing, and something we want to be a part of,” says Seay.

Strong Against Cancer is a nationwide fundraising initiative with worldwide implications for curing childhood cancers, eventually without the need for prolonged chemotherapy and radiation. The organization currently funds clinical trials and immunotherapy research at Seattle Children’s.